«An international makeup artist with 14 years’ experience in the beauty industry.» 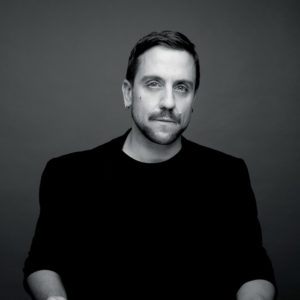 Yannick is a Swiss make up artist. A 14 years veteran of the beauty industry.

After his studies at the make up artist school “AVANTAPRES” in Bern (Switzerland), he began his career 2003 at Dior Selfridges London and was promoted one year after as “lead make up artist”. At the same time he studied theatrical and special effect make-up at London College of Fashion.

In 2006, he became international make up artist for NARS, travelling to countries such as Japan, Australia, France, Germany, Nigeria, Austria, Portugal, Turkey and Spain. He participated  in several runway shows (also as key make up artist), trained teams of make up artists, put on stage performances and worked at high end department stores.

Since 2010 he works as freelance make-up artist as well as  a teacher in a make up school in London and as trainer for cosmetic brands, such as Kiko Milano for both Switzerland and Austria.